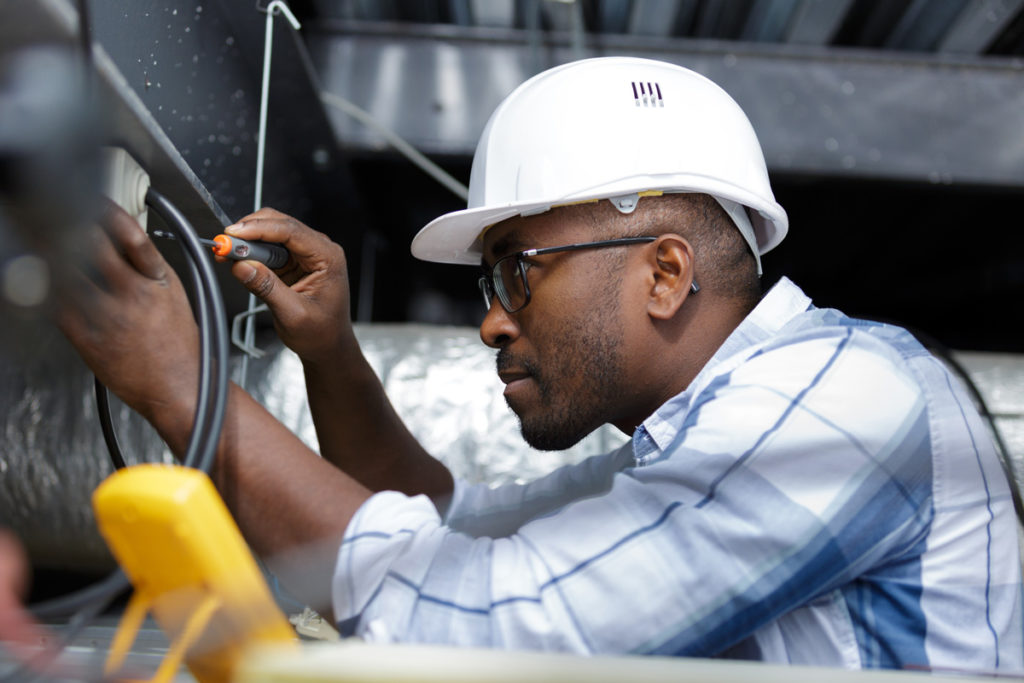 Omega Electric knows that if you live in a house or an apartment, electrical issues are inevitable from time to time. Whether you have a blown circuit or fuse, or your lights simply aren’t in line, electrical issues are common in El Paso. However, some of these problems are more common than others. It’s important to be on the lookout for these common electrical issues so that you can contact an El Paso electrician to repair them.

If you have been experiencing electrical issues and need an electrician for repair, contact us online or call (915) 855-6868 today!

Overloaded circuits are a widespread occurrence in El Paso. This is especially true if an inexperienced electrician or homeowner attempts to do their own electrical work. Overloaded circuits can lead to tripped breakers, weak power, or blown fuses. They can even lead to a housefire if you’re not careful. Luckily, an electrical contractor can fix this issue promptly.

Flickering lights indicate that you have too much power on your light circuit. There simply isn’t enough electrical energy to power all the lights, so they end up flickering intermittently. Flickering lights are inconvenient and dangerous, so it is best to have an El Paso electrician handle the problem.

GFCIs, ground fault circuit interrupters, are meant as safety devices to prevent electrical surges in wet areas. They often get installed in bathrooms, laundry rooms, outdoors, and other spaces with lots of moisture. When GFCI outlets get wet, they trip much as a breaker would. However, these outlets can malfunction and trip for no reason, which is extremely inconvenient because it also kills power to any outlets connected to them.

While tripped breakers are an annoyance, they typically only happen for safety reasons. However, circuit breakers can also trip for no reason when they’re old and about to give out. Contact us right away if your breakers are tripping for no reason, and one of our experienced electrical contractors will assist you.

Sockets and Switches Not Working

If you have any light sockets or switches that aren’t working, several things could be happening. It’s possible that the circuit breaker is tripping or that the circuit is overloaded. Either way, you’ll need the help of an electrician.

Power surges are dangerous and common in El Paso. The power grid tends to be unreliable, resulting in sudden losses or bursts of electrical energy. Power surges are especially common during storms or after lightning strikes. If you experience a power surge, it may be best to reach out to an electrician.

The older your house is, the more likely that the breaker box is overloaded. It’s common for people to add circuit breakers to their existing panel during renovations or add-ons. However, adding too many breakers will result in an overloaded breaker box.

Before the nineties and early 2000s, it was common practice to leave junction boxes uncovered for convenience or due to inexperience. However, uncovered junction boxes are hazardous and must be dealt with. An electrical contractor is the best professional for this job.

In older houses, electricians used aluminum cables for their electrical wiring. However, aluminum isn’t as durable or strong as copper wiring and is prone to problems. Therefore, it’s a good idea to replace your old aluminum wiring with updated copper.

Dead outlets are a massive inconvenience, whether because of tripped breakers, GFCI problems, or damaged wires. Contact us right away if you notice an outlet isn’t providing power because it’s a problem only an electrician can repair.

Who to Contact for All Your Residential El Paso Electrical Repairs

If you’re having these or any other electrical issues, you should contact an electrical contractor like Omega Electric. Electrical problems can be difficult to troubleshoot and dangerous if you don’t know what you’re doing. You could possibly make the problem worse or seriously injure yourself if you’re not careful. It’s much better to trust the professional electricians at Omega to get the job done.